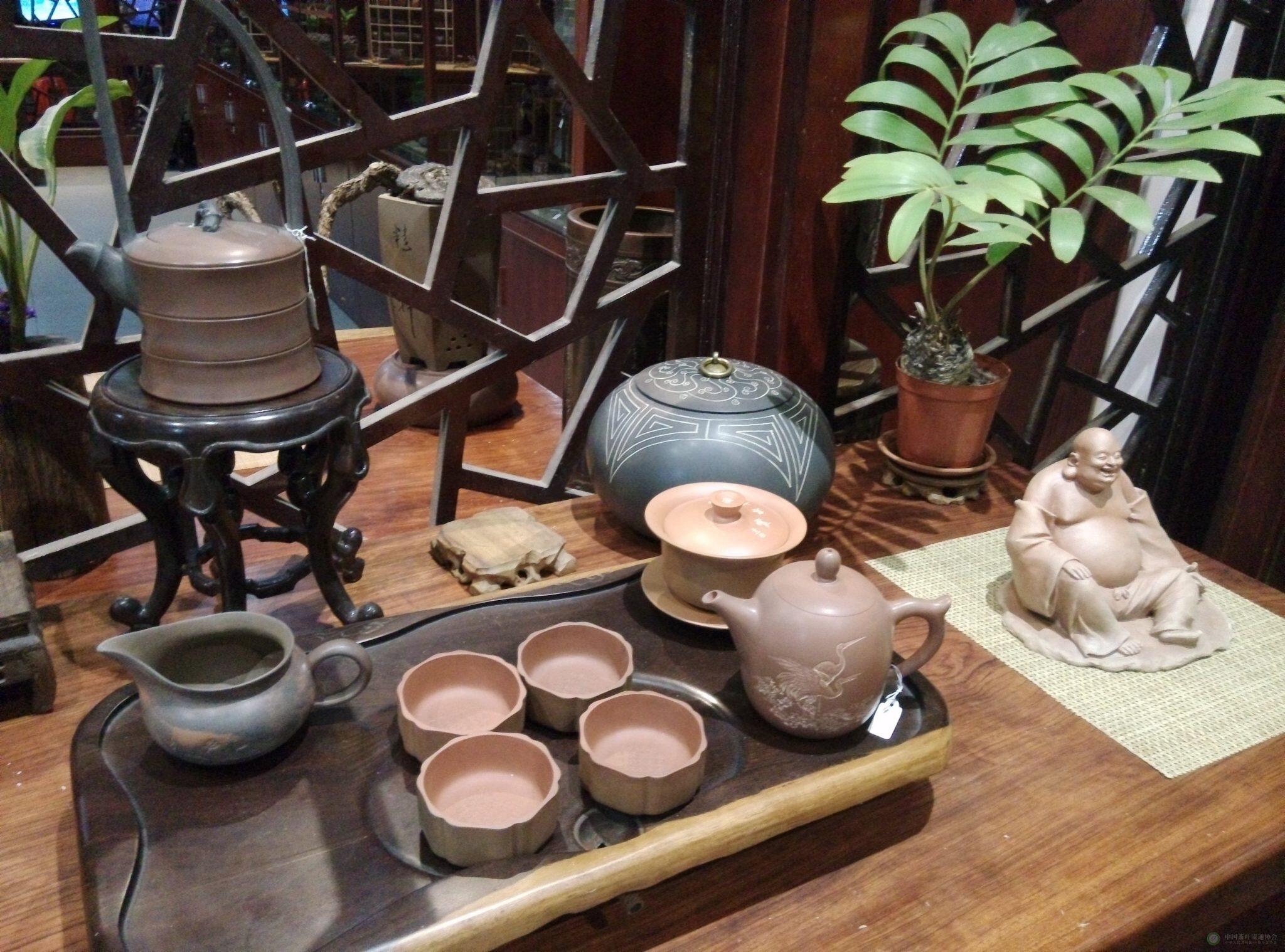 The methods of use are as follows:

Tea cups are of all kinds and sizes. Drink different kinds of tea with different tea cups. In recent years, the Aroma Smelling Cup is popular, for that it can make you smell tea aroma while drinking tea. According to the shape and color of the teapot, choosing the right teacup as collocation is also quite aesthetic. In order to appreciate the color of the tea soup and wash it easily, it is best to glaze the inside of the cup, and it had better be white or light for the glaze color. For the requirements of tea cups, it is best to come true the goal of “holding” and “grasping” comfortably, and “drinking” smoothly.

Tea strainer is placed on the mouth of the pot when the tea is placed to guide the tea into the pot, so as to prevent the tea from falling out of the pot.

Cover bowl or cover cup, is divided into three parts including tea bowl, bowl cover, tray. Put three grams of tea leaves in the bowl, pour into water, and add the cover, then drink it after five to six minutes. Making tea in this way, usually it is enough to drink the tea brewing for once, and adding water for once.

A tray for holding cups or other tea sets so as to hold the tea that is drained or poured out during tea making. It can also be used as a dish for displaying teacups. There are plastic products and stainless steel products on the tea dishes, and the shapes are round, rectangular and so on.

Tea scoop is a utensil for holding the tea in pots, usually made of bamboo.

Also known as tea chopsticks, tea carrying has the same function as teaspoons, which can take tea residue out of the pot. It is also often used by people to wash teacups with carrying teacups, which can not only prevent people from scalding, but also it is sanitary.

The tea towel is also known as tea cloth. The main function of the tea towel is to dry the teapot or the miscellaneous water left at the bottom of the tea sea before drinking tea. It can also wipe the tea off the table.

The function of the tea needle is to dredge the inner net of the teapot (honeycomb) to keep the water flowing smoothly.

Tea boilers used in ancient stoves. At present, the most common ones are alcohol lamps and electric kettles. In addition, there are gas stoves, electronic water boilers, and automatic electric stoves.

Cans for storing tea leaves, which must be odorless, sealed and opaque. The materials are tinplate, stainless steel, tin alloy and ceramics.

Tea pitcher is also called Tea Cup or Fair Cup. After soaking the tea soup in the teapot to a proper concentration, the tea soup is poured into the tea sea, and then poured into each small teacup in order to achieve a uniform concentration of the tea soup. It can also be covered with a filter on the sea of tea to filter out tea residue and tea powder. When there is no special tea sea, it can also be served as a teapot. Its general function is to fill the brewed tea soup, and then pour each cup, so that the concentration of each cup of tea soup is the same, precipitation of tea residue.

Tea spoon, also known as tea steak, resembles a spoon, so it is called a tea spoon. Its main purpose is to dig the tea in the brewed teapot. After the tea is brewed, it is often tightly packed with the teapot. Moreover, the mouth of the ordinary teapot is not big. It is neither convenient nor sanitary to dig out the tea by fingers, so the tea spoon is always used.