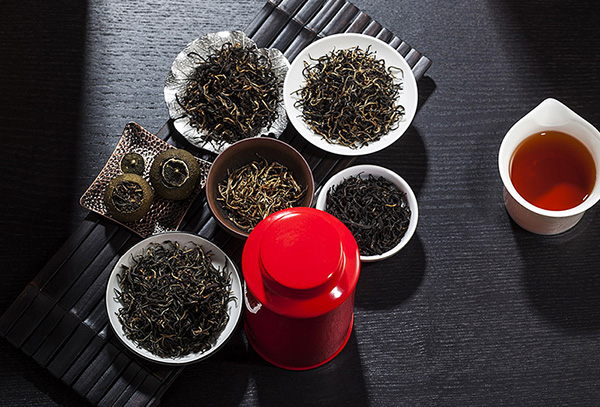 There are many types of tea in China, ranging from six types of tea to as few as ten million teas. And many tea making techniques have been included in the national intangible cultural heritage.

The areas where black tea is produced are also relatively fixed. The major production areas are Hunan, Hubei, Sichuan, and Yunnan.

Black tea has historically been supplied to the frontier minority areas, because the frontier areas have less vegetables and more meat. In order to help digest food and balance nutrition, drink more tea.

Widely planted across the country

Green tea is the most widely consumed type of tea by Chinese people, and its production area is very wide. There are places in the southeast, northwest, and northwest of the country that produce green tea.

In addition to our well-known and famous green tea-West Lake Longjing, Huangshan Maofeng, Biluochun, etc., green tea is also produced in many small places, but its popularity is relatively low, and it is generally self-produced and sold.

Fuding and Zhenghe fight for the white tea original place

The origin of white tea is recognized as Fuding and Zhenghe in Fujian Province.

But because of the rise of white tea in recent years, some other provinces and cities have also begun to introduce and produce white tea.

There has been an ongoing debate about Fuding and Zhenghe as the origin of white tea. As far as the white tea on the market is concerned, Fuding white tea accounts for the majority.

The quality of white tea in both places is very good, but there are some differences in flavor, and tea friends can choose their own.

When buying white tea, in addition to paying attention to the place of origin, white tea is divided into white silver needles, white peony, and gongmei (also known as shoumei) according to the raw materials from tender to old.

Yellow tea is more famous including Mengding yellow buds in Sichuan, Junshan silver needles in Hunan, and Huoshan yellow buds in Anhui.Because of its low popularity, yellow tea is difficult to make, and it is rare in the market, so it has fewer categories.

The production areas of black tea are also very wide, but the provinces that produce more black tea are Yunnan, Anhui, Fujian, and Guangdong.

We often hear the names of several types of black tea: Dianhong, Chuanhong, Qihong, and Yinghong. Have you found a pattern? The names of black tea are mostly “abbreviations of place names + red”, to name a few:

Where there is Gongfu Tea, there is Oolong Tea

Gongfu tea is popular in Fujian, Guangdong, and Taiwan. Speaking of Gongfu tea, it refers to the method of brewing tea with small pots and cups.Oolong tea is most suitable for brewing with Gongfu method.

Fujian, Guangdong, and Taiwan where Kung Fu tea is popular are naturally the main producing areas of oolong tea:

Tieguanyin in the south of Fujian and Wuyiyan in the north;

Guangdong Fenghuang Dancong Tea is the most famous;

Taiwan is famous for alpine tea on various mountains.