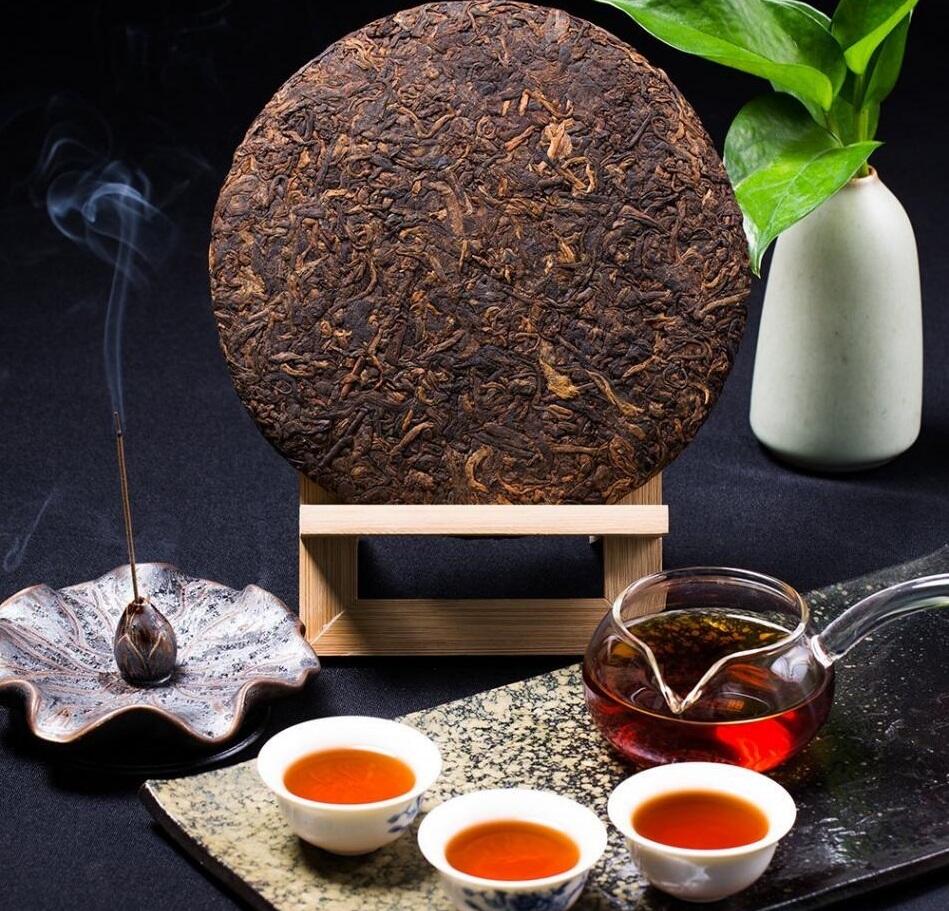 Pu’er tea cake is compressed into cake shape with Pu’er tea leaves, commonly known as Pu’er tea cake. Pu’er tea is mostly stored and transported in the form of cake-like pressing. Historically, 357 grams are one cake and seven cakes are one liter. Pu’er tea cake is divided into raw tea cake and ripe tea cake. Pu’er raw tea refers to Yunnan tea which is made of Yunnan large-leaf sundried green-wool tea as raw material and is stored in a natural way without manual “fermentation” or “pile” treatment, but processed and trimmed and decorated in various shapes of Yunnan tea (cake tea, brick tea, Tuo tea, dragon pearl).

Tea prying tools such as needles or knives need to be well prepared. First, open the packaged tea cake and insert the knife along the edge from the side of the cake. With a little strength, push the knife into the cake, so that the cake won’t be broken up in the form of pieces. Prying up and peeling off the tea cake. In the same way, along the gap between the tea leaves, the tea cakes are prized layer by layer.

The basic principle of prying tea is to try not to destroy the integrity of the stripes, but to save labor and effort on the premise of ensuring its own safety. Generally speaking, a good tea cone (make sure it’s steel rather than iron) is adequate for all types of compact tea, and most tea knives can only be used for some of the currently extremely low-pressure bubble cakes – those cakes are enough to be broken by hand. It is not recommended to pry from the cakes or the edges of cakes circulated in the workshop. It is possible to injure oneself, and the integrity of the stripes is also poor.

The amount of tea dosage must be put in based on the size of the pot and the taste of the individual, but not blindly according to the statement that tea accounts for one-third to one-half of the pot capacity is appropriate, but initially according to this proportion to put in tea, and then gradually increase or decrease in their own situation.

Generally, if it is Pu’er tea cakes that have been stored for a long time, it is very difficult for newly prized Pu’er tea to play its best part. At this time, we need to wake up Pu’er tea. The wake-up tea here is not the wake-up tea when we brew tea, when the first tea soup is poured out, but to spread out the prized tea and put it in a clean place and make it under the wind blows in the shade for several days. At this stage, when tea is most likely to be contaminated with impurities, we should pay attention to the environment and not be exposed to the sun or long-term light. Covering tea with a sheet of white paper can effectively avoid these effects.

There is a big difference between the water temperature of raw tea and ripe tea when brewing tea. For example, boiling water should be used to brew ripe cakes which have been stored for a long time, and the water temperature of raw cakes which have been brewed and stored for a short time can be lower. After aging of Pu’er tea, the first brewing soup is usually poured out (also known as tea washing and waking tea), and the second brewing begins to drink. Pu’er tea should not be immersed for too long. It can be drunk directly after 30 seconds to one minute of boiling water, or stored in another large cup. When you want to drink, you can add it into small cups to taste.