Fashionable and simple design, suitable for tea tasting at home or office. It is also saves space, beautiful and generous, and easy to use. And it can be collocated with both classical style and modern style, which brings people a sense of elegance.

Bowl with fitted cover is a kind of Chinese exhibition tea set with top cover, bottom support and middle bowl. It is also called Three Talent Cup, namely, the cover is heaven, the support is earth and the bowl is human, which implies the meaning of the harmony between heaven, earth and human.

As tea utensils, tea cup generally can be divided into two small cups according to size. And it is mainly used for Oolong tea sipping, also known as tea tasting cups, which is used collocated with the use of scent cups. Large cups can also be directly used as tea making and tea holding utensils.

Tea hopper, also known as tea strainer, is one of the main tea sets in the tea art of the Han nationality. And it is mainly used when brew oolong tea in a small pot, and it will be placed at the mouth of the pot so as to facilitate the placement of tea and avoid leakage of tea. 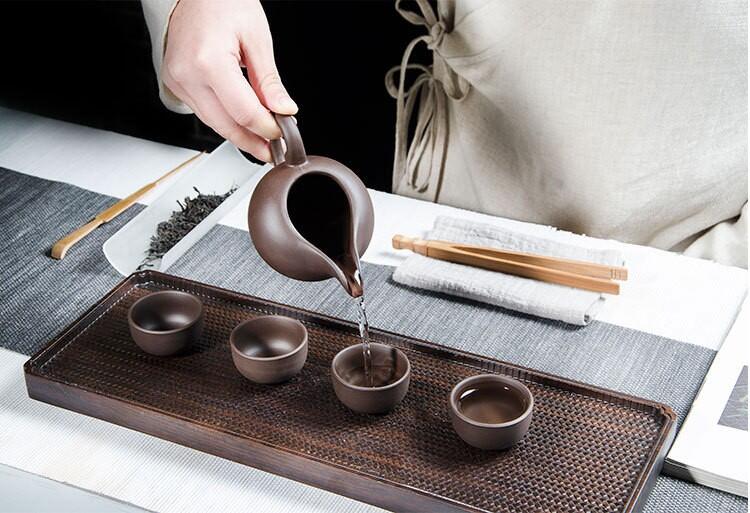